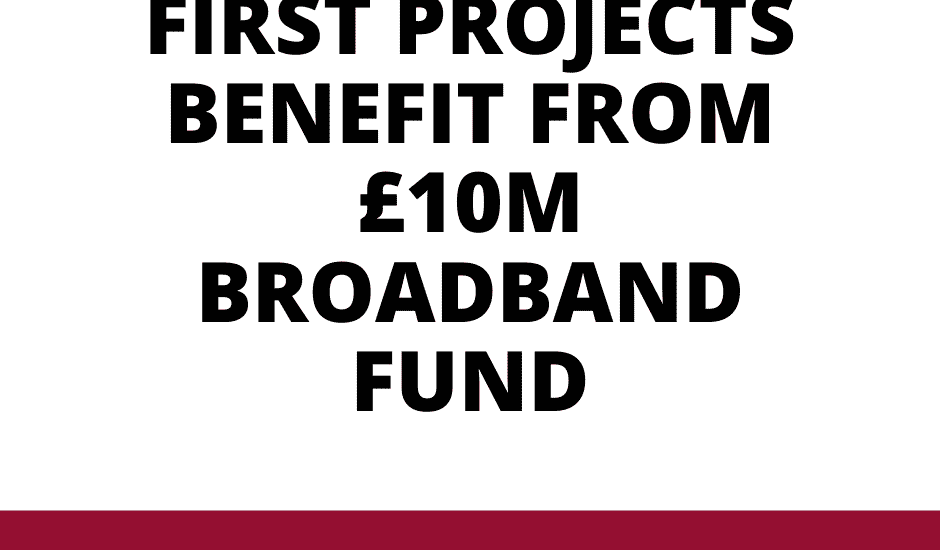 The first projects to benefit from the Welsh Government’s £10m Local Broadband Fund have been announced today by the Deputy Minister for Economy and Transport Lee Waters.

Local authorities and social enterprises can bid for funding to help bring fast and reliable broadband to communities with poor connection. The next stage of the fund is open for applications and is due to close on 28 January.

Two projects in Monmouthshire and one in Michaelston y Fedw near Newport are set to benefit from over £1.1m between them to take forward projects to further improve broadband speeds in their areas.

Bids are submitted to the Local Broadband Fund by local authorities and social enterprises to address particular problems with broadband speeds in their communities.

The projects to benefit in the first tranche are as follows:

The Deputy Minister for Economy and Transport Lee Waters said: “Over this difficult and challenging year the importance of fast reliable broadband has become even more apparent.  While this area is not devolved to Wales we are taking action to bring faster broadband speeds and better mobile connectivity where we can.

“While the vast majority of premises across all parts of Wales can now access superfast speeds, following our intervention with Superfast Cymru, we know there are communities which continue to be poorly served.

“The Local Broadband Fund allows local authorities to nominate particular schemes which will specifically target communities where there are issues with slow speeds and poor mobile signal.  I’m pleased today to announce the first three schemes to benefit from this funding.  This will deliver a real difference to those communities.

“I look forward to making more announcements over the next few months and will be working with local authorities to identify the communities and schemes which would have the most to gain from this fund.”