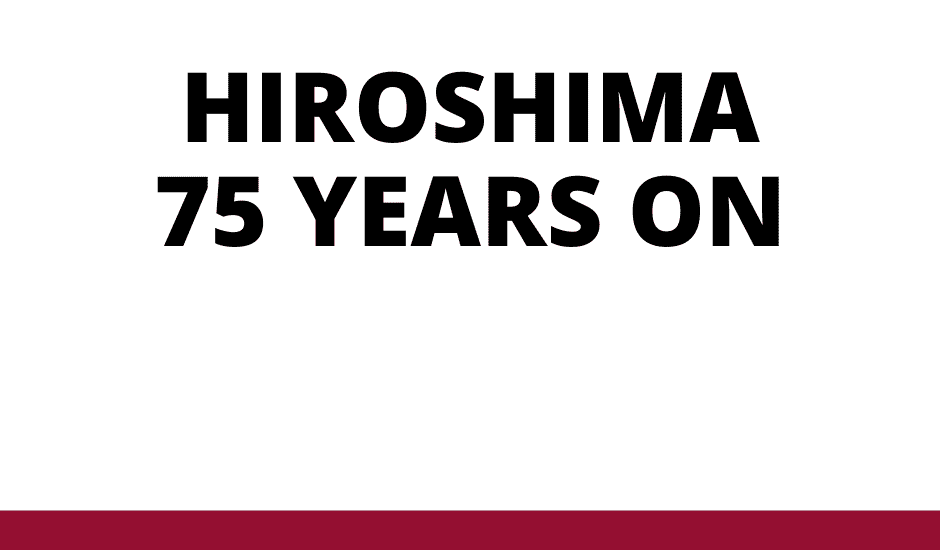 Today marks 75 years since Hiroshima. For decades this has been remembered in in Newport by a gathering at the Lakeside in Tredegar House. Although smaller in number this year because of Covid restrictions, every year that goes by this event gets more necessary, more important. Events like today have a power. The power of remembrance.

Remembrance of a time when remote decisions obliterated Hiroshima and Nagasaki, killed innocent people in the tens of thousands and scarred and mutilated so many others.

75 years since Hiroshima is significant.  It’s significant because that day the world looked over the precipice. Who knew what would happen, what was started.  A game changer.

But somehow we’ve got here. Staggering, sometimes teetering on the edge of nuclear war. Too often people in power vow ‘never again’, but it turns out it means ‘never for now’.

Today we are in uncertain times. This uncertainty unsettles people, and unsettles governments. Fears are heightened that the horrifying mistakes of the past will be repeated. The world’s biggest powers – despite their rhetoric – are weak. Trump threatens to hold power in the White House, a weak President who will resort to any means to look strong. The people who prop him up do so for their own ends. Putin who distorts democracy in Russia and plays games with so many other countries, does so to disrupt peace in other parts of the world. Reckless politics in the US and Russia, means after all those years of never again we are now closer to global catastrophe than at any time since 1945, according to the Doomsday clock – nearer to doomsday even than we were at the heights of the Cold War.

By next February the world’s two nuclear superpowers will as it stands be without a binding agreement on arms control. They remind us that we are still living in the shadow of those horrendous mushroom clouds.

Every day that goes by the survivors of Hiroshima get less. We are a day further away from being able to look those people in the eye and hear their powerful voices. That is why today is so important and to continue to do what we can to spread the word and play our powerful part in really meaning never again.