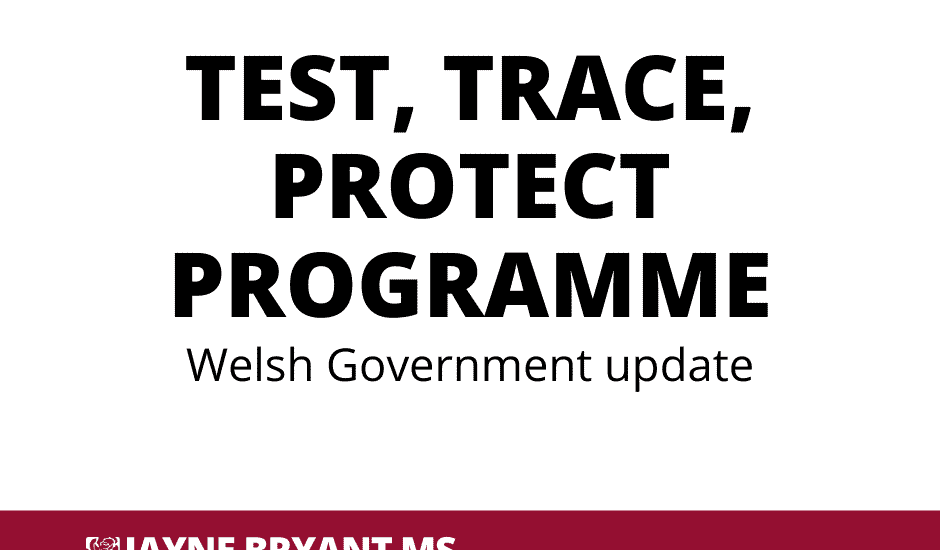 Contact Tracing began on 1st June. The number of cases referred for contact tracing during the first complete week of activity between 1st and 7th June was 627. This resulted in 651 contacts being identified for follow-up, of which 619 have been successfully contacted and advised accordingly. Many positive cases, such as care home residents and hospital patients, will not generate follow-up contacts as they are managed through a different cluster focused process. Feedback from the teams indicates that around 2 to 3 follow-up contacts per positive case are being identified. This is in-line with the rest of UK.

The local and regional teams have reported very few operational issues and overall the service has gone very well with the public engaging positively with it.

There have been a small number of reports of scammers starting to target the Welsh public and we are ensuring that processes, guidance and particularly communications such as call numbers and texts are clearly identifiable as from the Welsh NHS test trace protect service.

The new digital system is being phased in w/c 8th June which will allow the public to ‘self serve’ if they can, using an invite only website to provide contact details and with text and emails then automated to provide reminders and alerts.

Officials understand that the app will now be launched across the UK towards the end of June. Key priorities for the coming weeks include clarifying when a Welsh-language interface will be available.

The Protect Project is about support for successful self-isolation as the situation around lockdown changes and rules are relaxed. On 8 June, the Task Group, which is made up of representatives from all partner organisations, agreed the minimum level of support that each local authority should provide to help people self-isolate as a result of being contact traced. The support identified is broadly in line with support already provided to people shielding / non-shielded vulnerable people. The Task Group also, discussed the additional support that may be required including how to best help the contacted individual with financial support. This included information on how we understand the financial consequences of not going to work, the level of difficulty this may pose to individuals and how government might with this and when that would be appropriate.