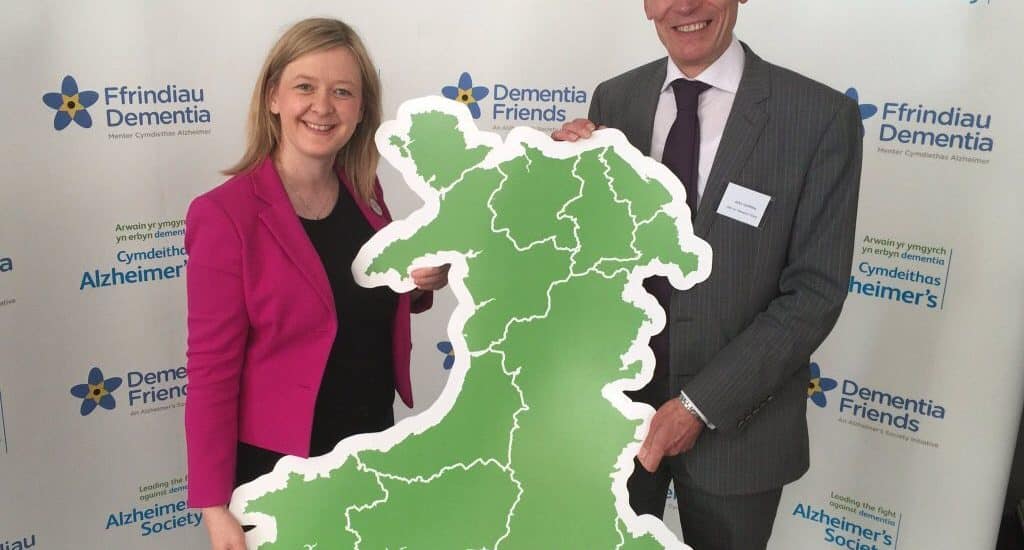 Newport AMs Jayne Bryant and John Griffiths showed their support for the work of the Alzheimer’s Society in the city during an event at the Wales Millennium Centre this week.

The event showcased the work being undertaken across Wales to make communities ‘dementia friendly’.Volunteers from more than thirty organisations joined Assembly Members and Alzheimer’s Society staff to celebrate the progress made to date.

Newport West AM Ms Bryant said: “We can be proud that Newport is on track towards becoming a Dementia Friendly city, with support from the Alzheimer’s Society Wales. An important aspect of this is ensuring that public, private and third sector organisations cater to the specific needs of dementia patients and their families.”

Newport East AM Mr Griffiths said: “Jayne and I recently visited the Music and Memories group in Newport which is an excellent example of the way the Alzheimer’s Society are aiming to improve social inclusion and quality of life for dementia patients locally. I strongly belief that we must do as much as we can to empower people living with dementia – and their families – to be able to continue with as normal as life as possible.”

Following the event, the Alzheimer’s Society Wales tweeted: “Kudos to the Newport massive (Jayne Bryant and John Griffiths), who have consistently supported our dementia friendly work in the city.”