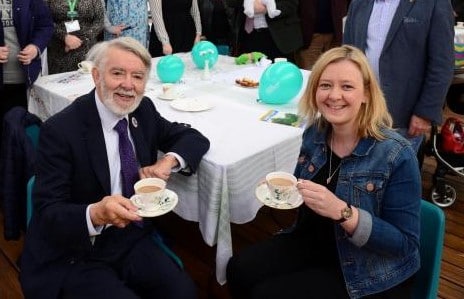 Paul was a giant of the Labour movement, a passionate devolutionist and an exceptional parliamentarian.

Respected across the political divide with his wonderful turn of phrase, witty comments and incisive mind. Undoubtedly, Paul spoke truth to power. He was far ahead of his time on issues which others found too controversial. He was proved right on so many of them.

He loved Newport and was so proud to represent this constituency. There could be no one better to have on your side than Pau. A tenacious campaigner, who cared about people and never gave up. Always wanting to seek out and speak up for the silent voices.

I first met Paul when I was 9 years old when he visited my school after he was first elected to represent Newport West in 1987. He brought politics alive to me then and has done so ever since. Never bland or boring, Paul proved that politics was about people and wanted young people to be as passionate about it as he was all his life. He was forever optimistic.

Best of all he was kind, inspiring and so much fun to be around. I will miss him greatly and my thought are with his wife Sam and their family. He has done Newport, Wales and the Labour movement proud.